Would India be Comfortable Shifting Towards Digital Payments?

India is continually innovating and moving towards digital advancement. Ever since the birth of our country, there has been considerable progress towards technological innovations. Whether becoming the first developing nation to build a supercomputer or going on courageous space missions, India has never been shy to adapt and lead in the field of technology. 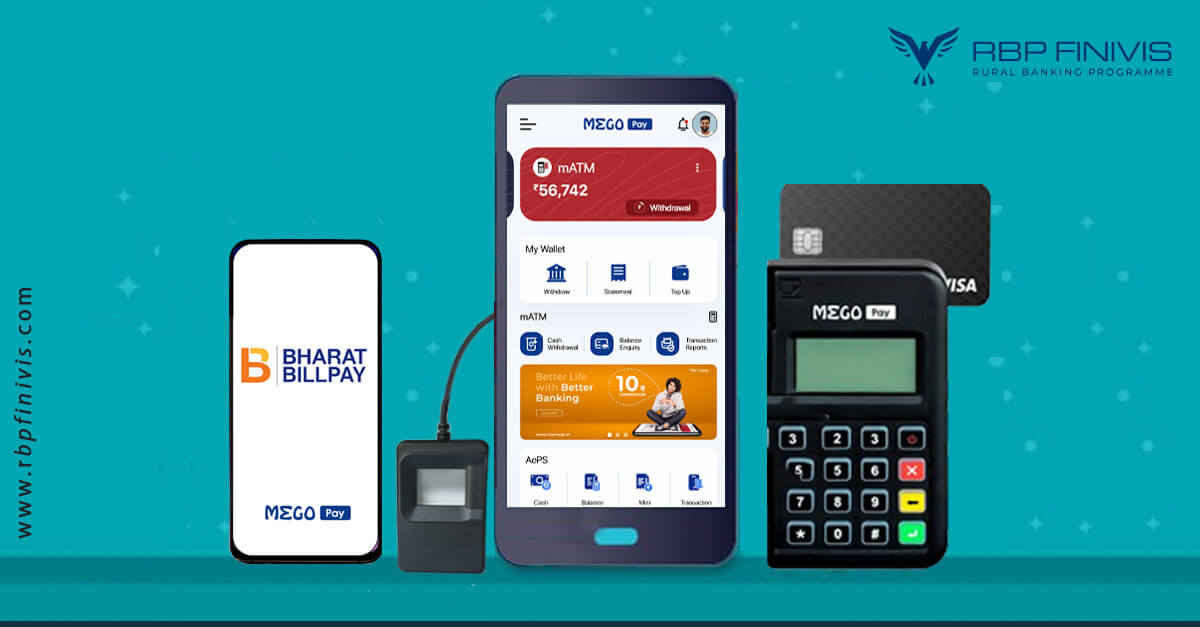 A major contributing factor has been that the evolving times facilitate technology such as phones to be a part of everyday lives for everyone. Over time, people in urban areas and people in rural areas get to enjoy them. In the last few decades, our young country has grown tremendously in all economic sectors, resulting in a major expansion in the use of technological advancement.

Even with Tremendous Growth, Why are Many Areas of India Underdeveloped?

However, this story of success is only observed in tier-1 cities which led to the creation of metropolitan cities. Apart from these few places, many tier-2 cities and the inner regions of India did not enjoy the benefits of this growth. That's because, unfortunately, this growth did not happen evenly across the country. Therefore, many regions of India have been left behind in terms of infrastructure, economic growth, and thus, access to innovations.

Even today, there are vast regions that have no proper access to essential facilities. This has led to the suffering of people from rural India. To stimulate improved development in the rural economy, people need to participate in economic activities, like buying and selling goods. To accomplish that, people need access to money to engage in business.

However, with financial infrastructure in short supply, people are vulnerable to dishonest moneylenders and loan sharks. This forces them to take loans at high interest rates. To pay off these loans, they need to borrow even more money. This becomes a vicious cycle that pulls many people into deeper debts and bad monetary situations.

What is the Silver lining in Such a Tough Economic Situation?

Keeping this in mind, there is complete support and push from the Government of India over the last five years to make India into a ‘Digital India’. The government has launched many schemes to encourage the digitalization of the entire region of India. All this has led to the propulsion of digitalization. India has become the fastest country to digitalize its economy when compared to the other countries with similar economic conditions.

India also has one of the largest and youngest Gen Z populations along with rising literacy rates. This puts India in a very favorable position to become a global superpower in the coming decades. Our country also bags the title of ‘the most digitally dexterous country in the world’, with UK and USA following right behind. This is not surprising when you consider the increase in the number of internet users and mobile users just in the last year.

Will the Road to Economic Recovery be Easy?

But even though the talk has been on for quite some time to make India completely digital, it seems like India has a very long journey ahead to achieve that. This means that the cash-based economy is here to stay well into the foreseeable future. But what are the reasons that are stopping the Indian economy from becoming completely digital?

In the current times, there is a huge gap between banking administration and consumer demand. Especially with the sudden imposition of the Covid-19 lockdown, India has seen an estimate of around 23 million interstate and intrastate migration. The worst part is that most of the people losing their jobs due to the lockdown have no means of employment or income. Essentially, people at the lower economic strata have been the ones who have been largely affected.

Has the Coronavirus Pandemic Affected the Rural Economy?

The migration caused by covid-19 is the second largest mass migration India has seen just next to that of the migration that took place after Partition. The pandemic has caused a  lot of distress in the urban economy. However, that financial distress is multiplied tenfold in the rural economy. The pandemic-related uncertainty has made a lot of people return back to the rural areas from urban areas. The rural region is reeling from the shocks and will continue to struggle from the aftershocks dealt by the covid-19 pandemic.

Since nothing much has been done to provide good banking facilities in the rural regions, the rehabilitation of the economy in such areas will be difficult. This is where the digitalization of the country will give the economy a big boost. The internet has been successful in getting people to come together. With increased internet penetration in India comes the ability to utilize this important resource to empower people.

What is the Aadhaar Enabled Payment System( AePS)?

Considering there is such a low penetration of banking facilities in rural India, the government has allowed the use of innovative technologies like the AePS system. People in rural India feel like it is time for development to come to their doorstep, and rightfully so. There is definitely a growing demand for accessibility to the financial infrastructure and banking services.

The National Payments Corporation of India has launched the much simpler and more convenient Aadhaar based Payment System (also known as AePS) to address this issue. With the help of an AePS API provider, the AePS system is a payment method that allows users to pay for goods and services through their Aadhaar card number. The transaction is validated with biometric verification, making it a secure method to do business. 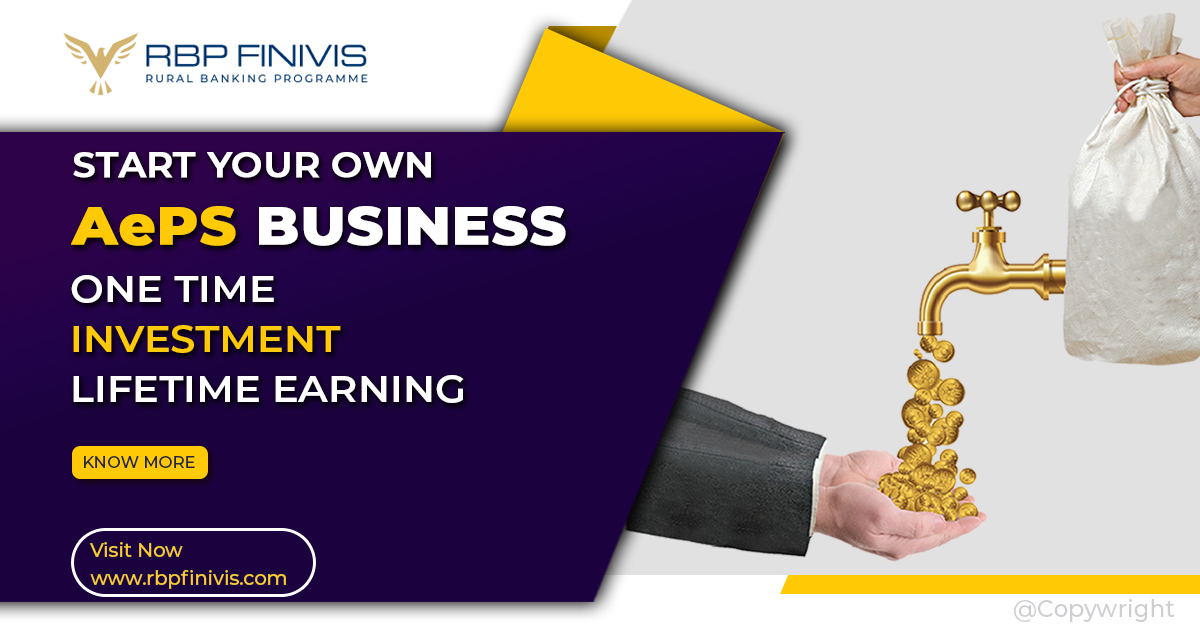 Companies can use this authorized digital payment method to attract more customers. You will need to contact a reputed AePS API provider in India to integrate this payment method into your business. The Aadhaar based Payment System allows a user to access their bank account with their debit card. The person must be an Indian citizen and have their Aadhaar card linked to their bank account.

The Rise of Digitalized India:

Around 71% of India’s total workforce is in the rural regions, as per the data obtained by National Account Statistics. However, their contribution to the economy is much lower than those in urban regions. This is mainly caused by lower productivity rates due to lower accessibility to facilities.

Even though the country has around 1.5 lakh bank branches and 2.1 lakh ATMs as of December 2019, accessibility to cash has always been an issue in rural and semi-urban areas. Keeping this in mind, using an AePS API provider company, the AePS system has the potential to be a financial game-changer.

It can play a pivotal role in bringing growth, development, and financial accessibility to the tier 2, tier 3 towns as well as to the rural and remote regions. Many top financial experts believe that India would really need to be ready to make the shift to a digital economy. In fact, the rural population needs to make the shift to digital payments.

There is a lot of promising news that can be obtained from the data released by government agencies. During the coronavirus lockdown, the daily usage of the AePS system had doubled to 11.3 million. Incidentally, a majority of them had been from rural households, including people like daily wage workers, people from low-income groups, and small businesses. So, it seems that India is already in the process of making that shift.

As people in rural areas are slowly starting to realize the importance of digital transactions, RBP Finivis aims to reach out to people in every corner of the country to provide financial and banking services through the AePS system. With many years of experience in the industry, we have built our company by putting our customers first.

We are a revolutionary AePS API provider in India who believes in offering the best financial services and products. We are working towards financial inclusion by giving everyone in our society accessibility to financial and banking services regardless of their income or savings, thus opening a whole new world for everyone, especially for the rural population.

Enter your email address to subscribe to this blog and receive notifications of new posts by email.

RBP FINIVIS brings together professionals with diverse experience to provide customized solutions for clients across all segments of the banking and capital markets industries.